Montreal has an uncalculated chic and European feel that is irresistible in any month but in September, once so many of the tourists go home, you feel like you are feeling the city in a more authentic state.

With temperatures dipping back to much more civilized numbers in the 60s and little humidity, Montreal is a great city to visit in September.

Montreal is in the Eastern time zone of North America, 4 hours behind Greenwich Mean Time during the summer (Eastern Daylight, EDT) and 5 hours during the winter (Eastern Standard, EST). Daylight Savings Time is observed from the second Sunday in March till the first Sunday in November.

In French and sometimes in English you will see times quoted in 24-hour format, e.g. 20h30 is the same as 8:30 p.m. Keep this in mind for the times of events and for parking restrictions noted on official signs.

You may dial 9-1-1 at any time. The service is free from a pay phone and available in French and English. Operators are in contact with emergency firefighter, police and ambulance services at all times. It is always a good idea to buy medical travel insurance in advance.

In case of a non-urgent problem, you may dial this number to reach a health professional easily.

Québec uses the metric system, so speeds are indicated in kilometres (100 km/h = 62 mph) and gas is sold in litres (3 3/4 litres = 1 US gallon). Even though road signs are in French, most of them use international symbols.

Right turn
Although turning right on a red light is authorized across Québec (except at intersections where a sign indicates this is not permitted), rights on reds are strictly prohibited on the island of Montréal.

Cell Phone
Use of a hand-held cell phone that does not have a “hands-free” function is prohibited while driving.

French is Québec’s official language but English is widely spoken in Montréal. The city has more than 120 cultural groups and over 20% of the population speaks three languages.

The anti-tobacco law took effect on May 31, 2006. It prohibits smoking in all public establishments, including bars and restaurants. 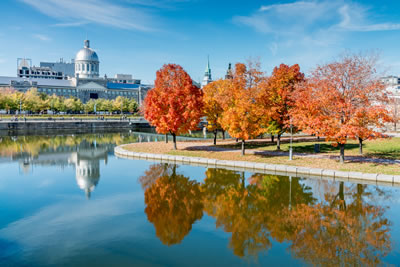 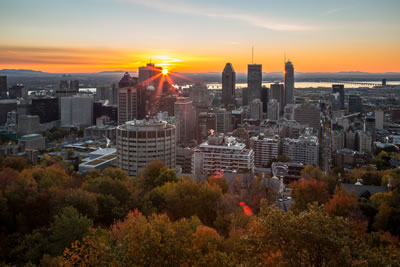