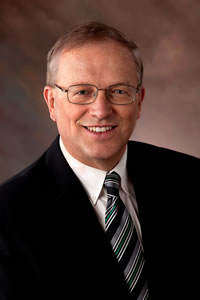 Richard F. Chambers, CIA, QIAL, CGAP, CCSA, CRMA, is president and CEO of The Institute of Internal Auditors (IIA), the global professional association and standard-setting body for internal auditors. The IIA serves more than 190,000 members in more than 170 countries and territories and is the internal audit profession’s most widely recognized advocate, educator, and provider of standards, guidance, and certifications.

Chambers has more than four decades of internal audit and association management experience, mostly in leadership positions. Since becoming president and CEO in 2009, Chambers has led The IIA to achieve record membership and has presided over the launch of a number of valuable initiatives, including the Audit Executive Center; Pulse of Internal Audit; Audit Channel; Internal Auditor Online; the Certification in Risk Management Assurance (CRMA); the Qualification in Internal Audit Leadership (QIAL);  the American Center for Government Auditing; the 2015 Common  Body of Knowledge study and reports; the Financial Services Audit Center; and the Environmental, Health & Safety Audit Center.

Previously, Chambers was national practice leader in Internal Audit Advisory Services at PricewaterhouseCoopers and vice president of The IIA’s Learning Center. He spent the majority of his early career in public sector auditing, including serving as inspector general of the Tennessee Valley Authority; deputy inspector general of the U.S. Postal Service; and director of the U.S. Army Worldwide Internal Review Organization at the Pentagon.

Chambers serves on the Committee of Sponsoring Organizations of the Treadway Commission (COSO) Board of Directors; the International Integrated Reporting Council (IIRC); and The IIA Board of Directors, as well as the Georgia State University School of Accountancy Advisory Council and the University of Alabama Culverhouse School of Accountancy’s Professional Advisory Board.

He previously served on the U.S. President’s Council on Integrity and Efficiency and the National Association of Corporate Directors (NACD) Blue Ribbon Committee for Audit Effectiveness.

Accounting Today has named Chambers one of the Top 100 Most Influential People in Accounting. Chambers has been recognized by the NACD as one of the most influential leaders in corporate governance. He is the recipient of the Association of Government Accountants (AGA) Frank Greathouse Distinguished Leadership Award and the National Association of Black Accountants (NABA) Legacy Award. In 2016, Chambers was honored by American City Business Journals’ Orlando Business Journal as a top CEO of the Year.

Chambers has authored two award-winning books: Trusted Advisors: Key Attributes of Outstanding Internal Auditors, which was released in early 2017; and Lessons Learned on the Audit Trail, which is currently available in five languages.

Opening Keynote – Internal Audit: Imperatives for 2018 and Beyond