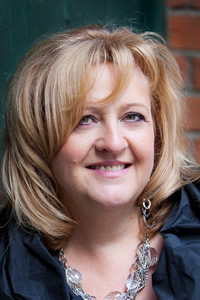 Nejolla Korris is CEO of InterVeritas International.  She provides consulting and training services to a variety of clients throughout the world. Her areas of expertise include: linguistic lie detection and interviewing skills, social media risk, social engineering, ethics, online investigations and fraud. She is launching a new seminar in 2018 called Strategic Thinking with an Investigator’s Edge.

Miss Korris has taught these methodologies throughout North America, Europe, the Middle East, Asia, Africa and South America.  Her clients include corporations, government agencies, law enforcement and the military.  Nejolla has provided training to IIA chapters and institutes since 2006. She has spoken at all IIA International conferences from 2007 to 2016 with the exception of the conference in London.

Nejolla opened her own consultancy firm in 2000.  She is a sought after subject matter expert in the areas of lie detection, social media audits and online investigations.

Nejolla has a BA in Law from Carleton University in Ottawa.  Ms. Korris was awarded the Queen’s Diamond Jubilee Medal in 2012 for her international work in linguistic lie detection.  She served as the Honorary Consul to the Republic of Lithuania from 2009 to 2015 and was Chair of the Edmonton Consular Corps from 2012 to 2014.   Nejolla is owned by her dachshund Peanut.