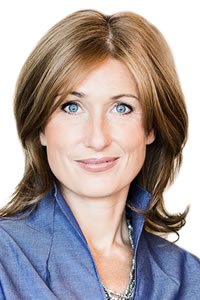 Nathalie Francisci is a partner at Odgers Berndtson.  Recognized as a leader in Quebec within the executive search industry, Nathalie is called upon to assist the Board of Directors in the selection of both their board members and executives.

Governance and diversity are her primary areas of interest and expertise and she has been involved in the Institute of Directors of Societies of Quebec sonce 2006, where she assumed the Presidency followed by the Co-Presidency of the Council. She is a faculty member at McGill University for the Director Education Program of the Institute of Corporate Directors. She also sits on the Board of Innergex (INE – TSE) and the Foundation of the Institute of Cardiology.

Before joining Odgers Berndtson, she founded her own executive search firm, which she headed until 2008, before selling it in order to merge with a large Canadian firm.

A committed and recognized businesswoman, she was nominated by the Premières en affaires magazine “Femme Incontournable [Key Woman]” in Human Resources in 2012, she received the Arista Prize “Young Professional of Quebec” in 2009. She distinguished herself in the contest Mercuriades in 2001 and won the “New Entrepreneur of Quebec” Award in 2001 and “Entrepreneur – Small Business” in 2007.

A graduate in Marketing from the University of Paris 11 and in Human Resources from IGS Paris, she holds the titles of CRHA and IAS.A.