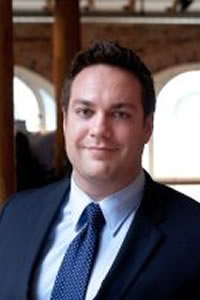 Convinced by his ability to make a difference as a contractor and information technology specialist, he founded his first SME at the age of 17 and then took on a leadership role in professional services and engineering for a US multinational company. Thanks to the experience gained from a global client base for large telecommunications and IT security projects, he joined GoSecure in 2004 with the mandate to build a world-class service team. When the company experienced a management crisis in 2008, he became president of the company.

Despite his self-taught background, Pascal believes in the value of university education. As such, he has invested 11 years, part-time, towards the completion of a certificate in computer science, a bachelor’s degree in finance as well as an MBA.

Always very active in the field, he is an Analyst and Senior Advisor for Strategic Risk Management in Business and IT Security. He actively contributes as a panelist and speaker for conferences of various organizations such as the IIA, ISACA, the University of Montreal, the federal government and private events, such as GoSec.