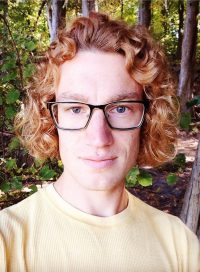 Business Intelligence Reporting Developer, FIRMA Foreign Currency Exchange
Bryan is currently a BI Reporting Developer with FIRMA Foreign Currency Exchange in Edmonton, Alberta. With a Bachelors in Management Information Systems from the University of Alberta and an MBA in Supply Chain Management from McMaster University, he holds over 5 years of experience in BI working as an Analyst and Developer. He has worked in both public and private settings with tools such as IBM Cognos, IBI WebFOCUS, and MS SQL Server. After being involved in several systems upgrade projects, he has developed a keen interest in data architecture and governance and firmly believes that proper data utilization within an organization begins with adequate business processes and definitions, not purchased BI tools. Eager to establish his footing in the BI world, he is currently studying to pursue his CBIP exams which he intends to begin writing in the fall of 2018. Bryan also enjoys volunteering his skills, a recent example being assisting with the programming and data analysis for a research project in the Department of Kinesiology at McMaster University studying mental fatigue in athletes.

In his free time, Bryan is an avid outdoorsman and a former Age Group triathlete, representing Canada internationally from 2012-2016 before retiring from the sport in 2017. Now certified in glacier travel, crevasse rescue, lead climbing, and avalanche safety – Bryan routinely spends his weekends in the backcountry tackling, and occasionally leading groups on, various mountaineering objectives.